Back to all photos

What is a Casement Window? 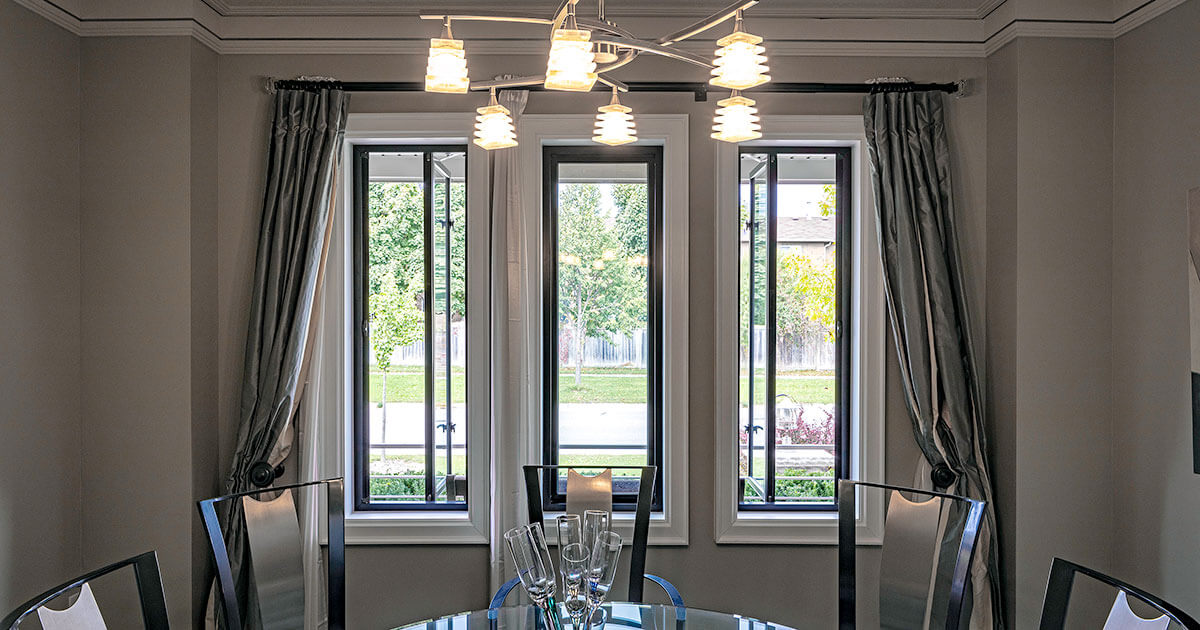 For 40 years, Magic has provided the GTA with some of the most advanced residential windows in the world. Our innovative replacement windows, patio doors and Window Walls can add style and performance to any home. Welcome to our blog, where we provide consumers with the information and inspiration they need to make informed decisions about replacing their windows.

If you’re in the market for a new set of windows for your home, chances are you’ll need to replace at least a few casement windows during the process. These designs have been manufactured for years and they are very popular in homes everywhere. So it’s worth asking: what is a casement window? Read on to learn about the unique features of casement windows, what differentiates them from similar windows and how Magic revolutionizes an important, outdated design feature.

What is a Casement Window?

A casement window is an example of an operable window. In contrast to a fixed window, operable windows move in a variety of ways based on the window’s style. They provide airflow and ventilation, as well as an alternative means of escape in case of an emergency.

Traditionally, casement style windows swing outward like a door. They are attached to the window frame by one or more hinges on the side and can have upwards of five to six sashes in some cases. That said, many companies will also simply join casement windows together, resulting in big, bulky mullions (the vertical bars that separate the different panes of glass in a window). Homeowners should not mistake these combination windows for a single casement window with multiple sashes.

Typically, casement windows open and shut by means of a crank located at the bottom of the frame. When closed, locking mechanisms on the frame pull the sash up against the frame and lock it into position. These windows can be hinged to open outward or inward and are excellent for natural ventilation. If you live in a hot climate, casement windows are an ideal option to encourage airflow.

Casement Windows vs. Other Hinged Windows

Awning windows swing outward at the bottom. They are usually operated with either a roto-gear and crank or a simpler push-out lever. The hardware does not allow these windows to open all the way.

This type of window is essentially the reverse of an awning window. The hinges on traditional hopper windows are located at the bottom of the frame and open inward and downward from the top. These windows are often found in basements and bathrooms. Manufacturers can also configure hopper windows to operate as inward-swinging casement windows.

Despite their popularity, traditional casement windows have one very significant detractor: their operation depends on outdated crank hardware. Even though cranks have been used for decades, they are mechanically flawed. They will strip, break and loosen over time, especially when they are used to open heavier triple-glazed casement windows.

Traditional crank casement windows are a product of North American design. They carry certain features, such as fixed insect screens, that arose out demands in North American markets. They differ greatly from European casement windows, which often utilize a tilt and turn system which operates by means of levers instead of cranks. Many companies have also designed their own alternatives to crank casements, such as hinged push out casements (otherwise known as “french casements”). That said, these hinged push out designs can also run into mechanical issues. With these windows, the hinges will malfunction at larger sizes.

When it came time to design our casement windows, we decided to abandon the crank altogether. Our patented parallex® hardware turns outdated casement crank windows into crankless feats of engineering. Instead of operating the sash with a crank, our revolutionary parallax® hardware allows homeowners to swing the sash outward by sliding it seamlessly along a horizontal axis.

Our innovative approach also prevents “sash-sag”, which is the number one reason why traditional crank windows fail. Sash sag commonly occurs when the unsupported lock side of a casement sash begins to droop relative to the window’s frame. Parallex® hardware addresses this lack of support by not relying on hinges or cranks at all.

The magic series casement window is our claim to fame. It’s the perfect balance between performance and beauty. It’s coveted for its minimalist design, effortless operation and retractable insect screens, solar screens as well as thermal blinds. The sash swings out, welcoming the breeze, and allows for the easy cleaning of the outside glass from the inside of your home. Depending on your preferences and configuration of your home, we offer a single casement design as well as a double casement. Our casement windows can also include up to five sashes.

We understand that every home has unique needs when it comes to replacing casement windows. That’s why we offer free, no hassle consultations to provide homeowners with the information they need.

One of our certified project managers will help to explain the innovative design features that set our casement windows apart and how they can be customized to suit any home. Contact us today and see first-hand why Magic produces the world’s most advanced replacement windows.

Custom Windows. Made in Ontario. Over 40 Patents: See the Magic™ Difference!

Wooden Window Frames Are Beautiful But Flawed. Have You Seen This Alternative?

A Visual Guide to The Window Wall

The project of your dreams is just a few clicks away. Book your free no obligation consultation with us: